If you have been considering buying a new car, 2018 is the time. With the car industry majorly suffering in the past decade, but car manufacturing not slowing down, pricing on new cars has reached an all-time low. And before we know it, full-blown crisis mode is going to hit for car and truck dealers. But their pain is going to be your gain.

So what does that mean for you? Lower prices and more car options. Understanding why this is happening will help you find and negotiate the best deal possible.

The reason why this year, in particular, will be the best time to buy a car is that the industry is entering the worst crisis in over 10 years. Aside from just the lower car sales, a huge wave of used cars are now hitting the market forcing both new and used car prices to plunge. The average consumer keeps their car for 6.5 years before trading it in and the average lease runs 36 months, meaning much of the last decade of skyrocketing sales is now being turned in.

Furthermore, the luxury and compact car lost an average of 20% of their value over the past year. And next year is bound to be even worse for dealers. To reinforce that, a $20,000 could now be picked up for $16,000 right off the bat, and that’s not including other negotiation tactics or deals.

1. Built-Up Inventory – Because car sales lagged for a while, a great selection has built up. Midsize sedan sales dropped 16%, so dealers have plenty of them to choose from. Sales of pickups, SUVs, crossovers, and minivans have increased significantly, but there are still good selections available.

2. Great Rebates – There are generous rebates available on some models — around $500 and up, sometimes way up: J.D. Power reported that rebates are now reaching as much as $4,500 off a vehicle’s retail price.

3. Interest Rates Are Low – The average interest rate for a new car loan is 4.5%, which is about 0.4% lower than the rates for a used car. Even with interest rate increases expected from the Federal Reserve this year, you should still be able to get a good deal. But act before rates go up.

4. Flexible Loan Terms – Since automakers don’t find cutting back on production to be an easy task, plus a backlog of cars already exists, financing terms have been adjusted to make cars more affordable. This means cars can be financed for seven years or more. However, use this option with caution. You don’t want a loan that stretches out years longer than your car’s warranty.

5. Leasing Opportunities – While it is a great time to buy a new car, there are some good leasing deals available, too. Because of excess inventory, big rebates on new vehicles, and lower interest rates, used car prices are going down. Leases charge you for the difference between the new car’s cost and its anticipated value after three years, so you might end up paying less than the car’s depreciation.

How to Find the Best Deals

There are three major influencing factors when it comes to new car deals: the incentives and prices of the new cars themselves, trade-in value, and current interest rates.
When those factors all align, the time is right to buy a new car.

But those aren’t the only factors. TrueCar shows a few other tips that will help in the process: Shop during cold or rainy weather because dealers are likely to give you a bigger discount when cars aren’t flying off the lot. Mondays and Tuesdays show the biggest discounts, so skip the weekend shopping and buy during the week. The end of the month is a promising time to shop as well because dealers have quotas to hit.

So rather than just shopping when convenient for you, shop when it is going to save you thousands. But of course, the key to really pulling a deal, is knowing the price you could get before you even walk into the dealership.

Doing your research and finding the best deals available in your area will allow you to talk your salesperson down much further than if you were to simply take his or her word for it.

Start a search today to find exactly how much you could be saving. 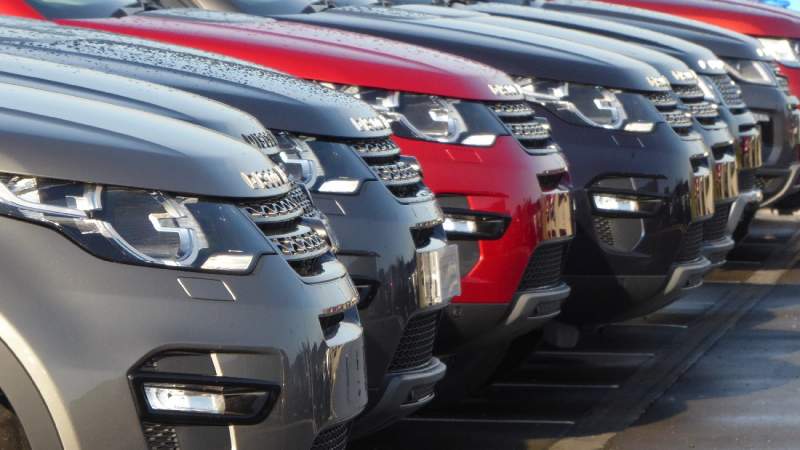