The Audi 80 was an entry-level luxury car sold between 1966 and 1995 by German automaker Audi. The A80 was not produced continually, and the "A80" name was applied to several different vehicles over the years. The originally A80 was Audi's version of the Volkswagen Passat, with which it shared many components as well as a parent company.

The original Audi A80 was manufactured between 1966 and 1969. It was part of the Audi F103 series, in which each model was named for its horsepower rating. Thus, the first A80 model features an 80-horsepower engine.
Audi also produced an A90 model, which was essentially an upscale version of the A80. Depending upon which engine was offered in the A80, a suffix was added to the "A80" name. "E" referred to a fuel injected model, while "S" was used to denote models with a carburetor. Audi also offered two diesel engines in the A80, designating "D" (diesel), "TD" (turbo diesel) and "TDI" (turbo direct injection) models. Audi offered the A80 as a sedan as well as a wagon, called the Avant. The A80 was also made into a coupe and convertible, but these had unique badging and cars did not bear the A80 name.
Other names were used for the A80 in specific markets, such as North America where it was known as the Audi fox between 1973 and 1979. The A80 sold in the United States between 1980 and 1987 was called the Audi 4000. 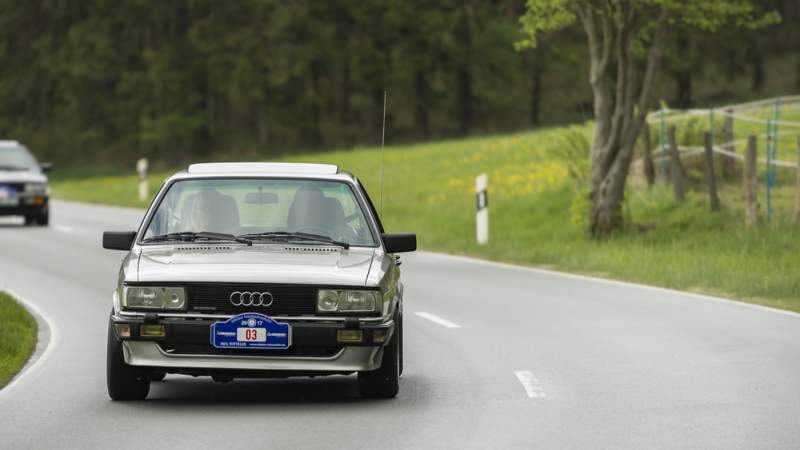