How to Fit an NG3 Gearbox

The NG3 gearbox is a transmission unit originally manufactured by Renault. The NG3 was fitted to a number of cars made by Renault and other vehicle manufacturers. Due to its reliability and ease of modification, it is often adapted for use in classic vehicles such as the Lotus Europa. Mating the NG3 gearbox to another car will usually require the use of a adapter kit to join the NG3 to the car's existing drive-train.

Jack the car up and place it on the jack stands. In addition, you will need to jack up either the front or rear axle, depending on where the gearbox is located in the car. In a front or all-wheel drive vehicle, the box will be near the front, and may possibly require removal of other components to access it. In a rear-wheel drive vehicle, you'll need to jack up the rear axle.

Slide under the car and disconnect everything fastened directly to the gearbox. There will be cables and pipes for the speedometer cable, the kick-down cable, the radiator and clutch. Disconnect all of these by loosening the locking nuts using a crescent wrench, but do not remove any of the gearbox mounting bolts yet.

Move the jack under the gearbox and pump it up until the lifting plate contacts the underside. Give the jack another half-pump to make sure that the gearbox is firmly seated on the plate. Use the socket wrench to remove the mounting bolts from the bellhousing of the gearbox, and the driveshaft. Let the gearbox rest on the jack and check all around it to ensure that it has been fully disconnected from the rest of the car.

Release the lock mechanism on the jack and gently lower the gearbox clear of the chassis. Wheel it out from under the car and set it to one side.

Slide the mounting adapter onto the bolts protruding from the NG3's bell housing. Depending on the model of car, the adapter kit may replace the entire front portion of the bellhousing, or just bolt to the end of it. In either case, the procedure is the same, the adapter plate bolts directly to the housing. The adapter kit will also come with a replacement pilot bush, pivot ball, clutch fork, speedometer cable and tailshaft yoke. All of these components are secured to the gearbox by its connections to the engine. With the gearbox removed from the car, these should simply slip off or unbolt, allowing you to fit the new ones in the same way. 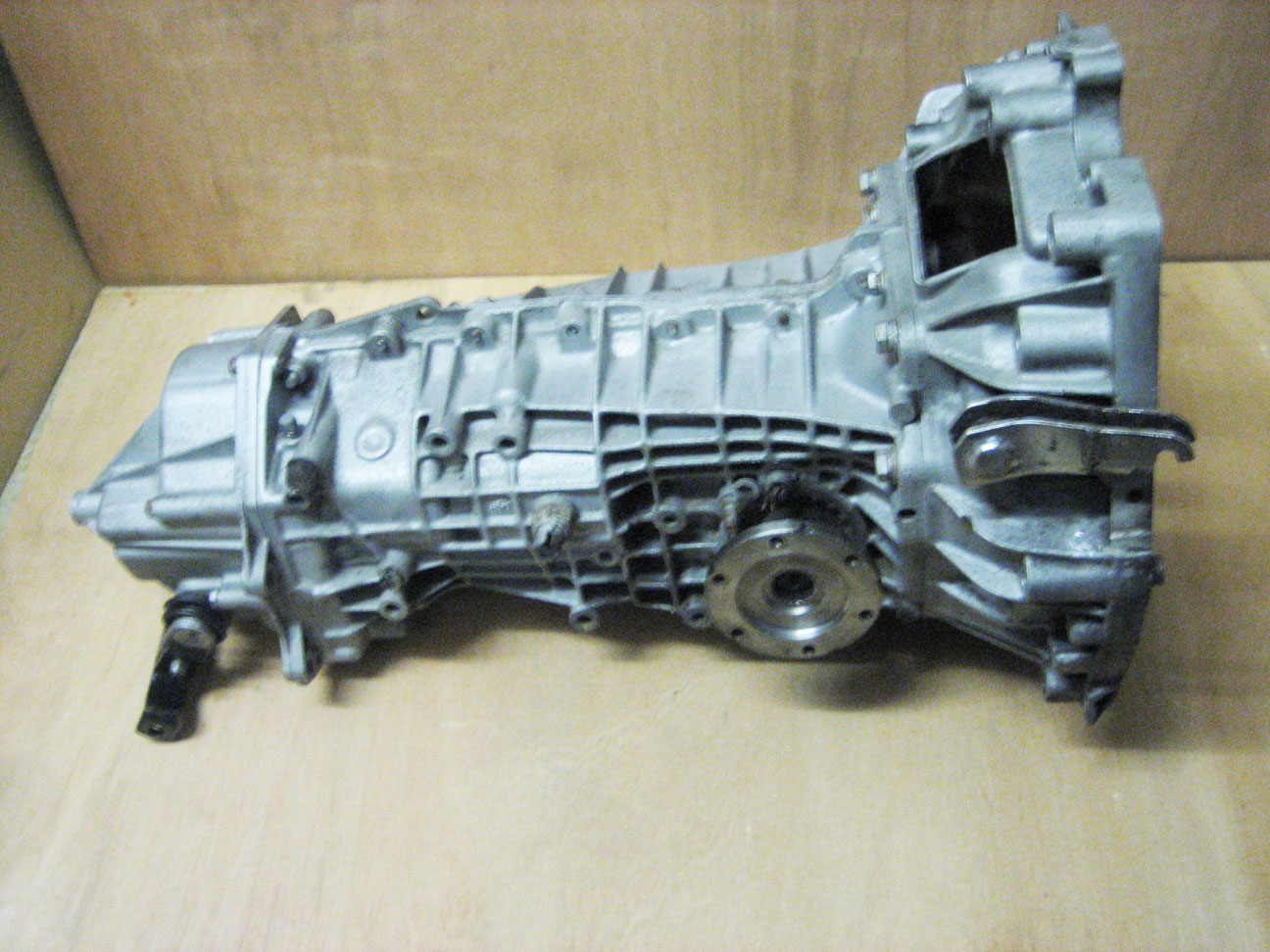