How to Install Speakers in a 1995 Saturn SL2

The Saturn, released in the 1991 model year, lineup saw some success early on, as it sold its one-millionth car just four years after GM released it; considering only two models were available made it more impressive. By the 2000s, buyers seemed to grow tired of the same Saturn lineup, and GM gave it a revamp, but it was too late, as GM nixed the company in 2010 due to financial problems. The 1995 Saturn SL2 — the sedan model — came standard with a four-speaker stereo system. Replacing the four speakers requires care, as to not break any of the plastic panels.

Remove the screws securing the triangular panel behind the side-view mirror. Pull the panel from the rear of the mirror — if the SL2 has manual mirrors, allow the panel to hang by the cable.

Pry the power door lock away from the door panel — if equipped — using a flat-head screwdriver. Press the locking button on the door lock switch’s wiring harness, and pull the harness from the switch.

Look behind the inside door handle — the lever you pull to open the door — and find the screws behind it. Remove these screws with a Phillips screwdriver, and pull the door handle assembly outward just enough to access the linkages behind it. 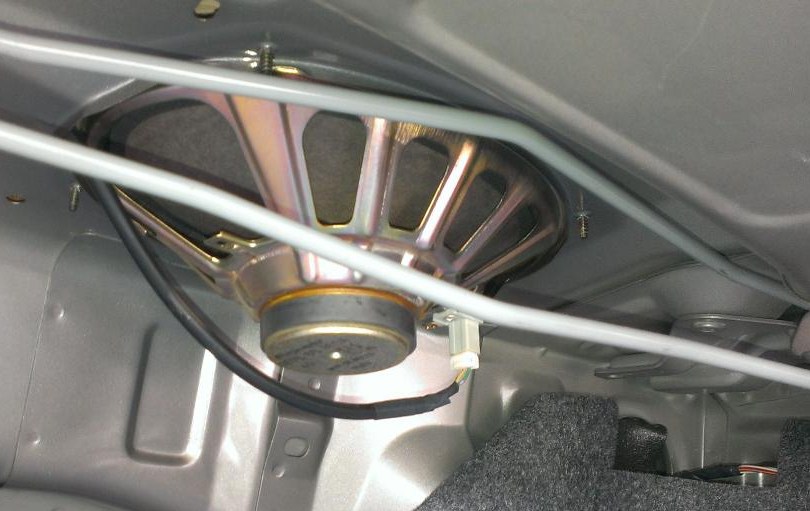