Daimler launched the first motorcycle in 1885. The Japanese invented ATVs for farm work. Recreational purpose ATVs were first sold in the U.S. in the 1970s. As per the Specialty Vehicle Institute of America, in 2009 25 million Americans were operating 9 million ATVs as farm or recreational vehicles. Four wheelers or all terrain vehicles ATVs share several similarities with their two-wheel motorcycle cousins despite differences in wheel numbers, weight and shape.

Most states require recreational ATV and motorcycle registration. Driver training under certified trainers is recommended though not mandatory for ATV riders’ safety. A rider intending to ride an ATV on public property or public trails must acquire a license from the U.S. Department of Motor Vehicles. For motorcycles, a Basic Rider’s Course from the Motorcycle Safety Foundation state branch is advised. It is compulsory for motorcycle riders to secure a driver’s license from the DMV by passing a road and written test. 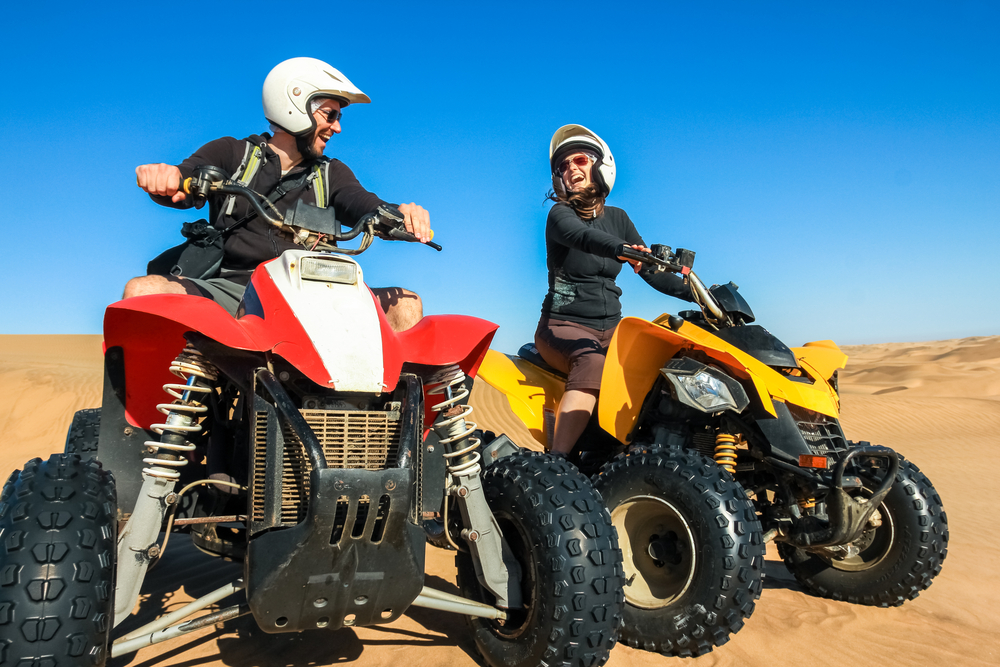