Selling a car is either a joyous thing because you’re moving forward and upgrading to something better, or it’s painful because you need some quick cash and nothing else you own is going to bring in money quickly. Whether it’s good or bad, there are a handful of basics you need to know that will not only make you compliant with federal and state laws, but may also help fetch a few more dollars. Making a car sale doesn’t have to be a complicated transaction, but there are still some rules to follow if you’re looking for a smooth ride.

Don’t touch the odometer! Maybe your car looks good, but has traveled more miles than you’d like to admit. Why not just pull a Ferris Bueller and roll back the odometer? Because it’s a federal felony offense. Odometer rollback, as it’s officially known, is usually achieved by a simple disconnection of the odometer. Seriously…we’re talking up to three years in prison or a $10,000 fine. It’s not worth it to squeeze an extra $50 of your 1984 Tercel.

Figure out the best place to sell it. If you’re looking to unload your car in an hour, put a low price on it and throw it up on Craigslist. However, if you’re looking to get the most money possible, you’re going to have to do some marketing, and we don’t just mean buying a For Sale sign at the hardware store. Look at various online sites and if there’s anything exotic about your car, highlight that attribute and look for people who want something unique, be it because of year, color, make, or whatever. You may have to pay for listings in some places, like the newspaper, but isn’t investing $20 worth it if the right buyer will drop an extra $500?

Have the title. You wouldn’t believe how many people are forced to request duplicate titles because they lost their original. Having a title is almost more important than having keys for the car because it’s an illegal sale without it. If you think you may be selling your car and you don’t currently have the title, applying for a new one before putting your vehicle on the market will make the process much, much easier. And of course, don’t forget to make sure it’s filled out and filed with the state after the sale. You don’t want that thing in your name anymore.

Know the car’s history. If you can’t provide a basic history of ownership of the car, or how it’s been maintained in recent years, you’re going to lose a lot of potential buyers. There are services like CarFax that can give some of your car’s history, depending on how much has been officially documented. Be prepared to answer questions since buying a car isn’t a minor purchase.

Protect your end of the deal. Beware of shady deals in the back of the mall parking lot. More than one person has had their car stolen out from under them when they went to make a sale. Bring at least one friend and know who you’re meeting in advance. Do not let them take the car for a test drive without you and make sure you secure the funds before turning over the keys. If possible, also have the buyer sign a waiver of liability, allowing you to walk away and forget you ever owned it.

Whether you’re the seller or the buyer, keep these crucial tips in mind when you’re dealing with a used car. You don’t want any surprises on either end of the process–and it’s imperative to follow all state and local laws while making the sale. Make it effortless and seamless by preparing well ahead of time with this list! 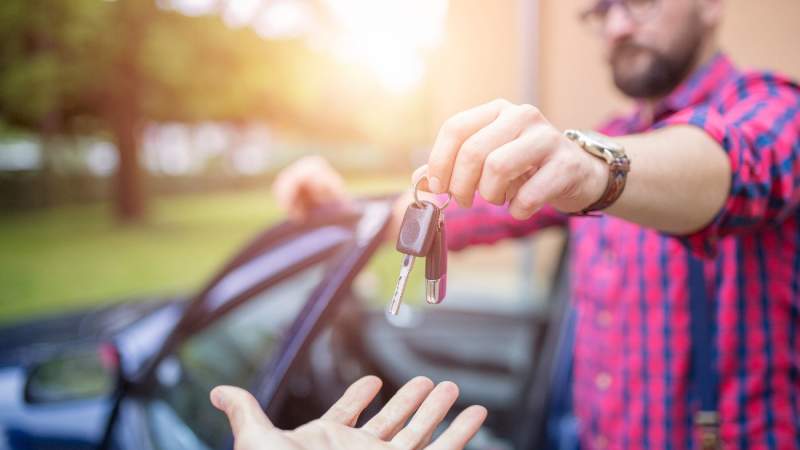