Increasingly often, car buyers in America and around the world are choosing vehicles not only for their features, but also how eco-friendly they are. “Green” cars have taken huge leaps forward in recent years, growing from a small selection into a large share of the mainstream auto market. Drivers are changing – now, a new car needs to have better fuel efficiency, run on clean energy, or use eco-friendly materials. This change reflects a growing awareness of the negative effects automobile exhaust can have on the environment.

Because green cars are becoming so popular, automakers are creating more models to fill the demand. More environmentally friendly cars now roll off the assembly line every year, and new companies have sprung up to compete. As a result, there’s a wider range of eco-friendly vehicle choices than ever before.

Ford now offers its own hybrid vehicle with a fully electric mode, marking a big first for the storied automaker. The 2018 Ford Fusion Energi, which starts at $33,400, boasts 188 horsepower and a 2.0-liter 4-cylinder engine. This makes the Fusion Energi more powerful than most hybrids.

The 2018 Ford Fusion Energi gets 43 mpg in the city and 41 on the highway when driving in standard hybrid mode. The vehicle can also be powered purely by its battery for up to 20 miles, allowing for all-electric travel for shorter trips. This latter feature is part of what makes the Fusion Energi a great choice for reducing your carbon footprint, as people with short commutes can use the electric-only mode daily.

Despite its obvious green credentials, the Ford Fusion Energi does suffer from small trunk space and slow acceleration on the highway. Nevertheless, the Fusion Energi stands out as a good option for buyers who want an incredibly eco-friendly vehicle.

The 2018 Toyota Prius, with MSRPs starting at $23,475, is the latest installment of Toyota’s extremely popular hybrid. The latest Prius comes with a 1.8-liter 4-cylinder hybrid engine that puts out 121 horsepower. This engine is paired with an electronic continuously variable transmission, or ECVT, and a front-wheel drive system. Though not massively powerful, the Prius does offer a smooth, comfortable, and responsive drive thanks to its transmission and a state-of-the-art suspension system.

The 2018 Toyota Prius is one of the most fuel-efficient cars currently in production. This vehicle can get up to 58 mpg in the city and 53 mpg on the highway. These ratings represent a massive gain in fuel efficiency over traditional gasoline engines and even beat out most competitive hydrids. For this reason, it’s an excellent option for someone looking to reduce his or her carbon footprint more than any other vehicle will allow.

The Prius’ fuel economy is rated number one by MotorTrend. Remarkably, the 2018 Prius also holds its own against competitors in terms of price: it’s priced at $3,000 less than its competition.

Although smaller cars will always be slightly more energy efficient, there are also eco-friendly options for those who need larger vehicles. The 2018 Kia Niro hybrid compact SUV, starting at $27,900, is one such vehicle. The Kia Niro features a 1.6-liter 4-cylinder engine that puts out 104 horsepower. In addition to its normal hybrid driving, the Kia Niro plug-in hybrid can be used in a fully electric mode for shorter trips. In normal driving mode, the Niro gets 48 mpg in the city and 44 on the highway.

Despite its obvious advantages in terms of fuel economy and environmental consciousness, the 2018 has not been universally well-received. Experts at Edmunds gave it a low rating on driving and storage space, but did praise the Niro’s fuel economy.

The Kia Niro is a great first car for those looking to go green. It makes eco-friendly technology available to people who need larger cars and has a lower sticker price than many other compact SUVs. Finally, thanks to its fully electric mode option, the 2018 Kia Niro can be used to cut day-to-day fuel usage down to a very low level.

One of the strongest hybrid competitors is the 2018 Hyundai Ioniq, with a starting MSRP of $22,200. The Ioniq has a combined horsepower of 139, including 104 from its 4-cylinder engine. The vehicle features front-wheel drive and a 6-speed dual clutch transmission. Overall, the Ioniq offers a bit more power than many competitive hybrids, making it a good option for drivers who want to go green without giving up a responsive drive.

The Hyundai Ioniq stands out for its fuel efficiency. Getting 57 mpg in the city and 59 on the highway, the Ioniq was rated the second most fuel-efficient sedan of 2018 by Kelley Blue Book, coming in second only to the fully electric Chevy Bolt. Besides its stellar fuel efficiency ratings, the 2018 Hyundai Ioniq also performs well as an all-around vehicle. U.S. News and World Report ranks the Ioniq as number 10 out of 21 top compact cars.

With its remarkably high fuel efficiency, the Ioniq is great for drivers looking to cut down on gas spending. At the same time, though, its slightly higher horsepower makes it a good compromise for those who don’t want to completely sacrifice power and responsiveness.

When it comes to all-electric vehicles, no brand name is more iconic than Tesla. The Model 3 is Tesla’s first attempt to bring an affordable EV to market and has been very well received by buyers and reviewers alike. The Model 3, which starts at $35,000, beats out every hybrid when it comes to power and performance. With a 258-horsepower electric motor and the ability to go from 0 to 60 in 5.1 seconds, the Tesla Model 3 has much to offer performance-loving car buyers.

Because the Model 3 is completely electric, the question of fuel efficiency is void. A single battery charge can take the car 220 miles, with a long-range version available that can go as far as 310 miles.

The Tesla Model 3 could well be said to be the greenest car on the road. As an all-electric vehicle, the Model 3 is a great way to cut your carbon footprint by completely eliminating, rather than just reducing, your use of gasoline. At the same time, though, the Model 3’s power and acceleration make it as fun to drive as a high-powered sports car. 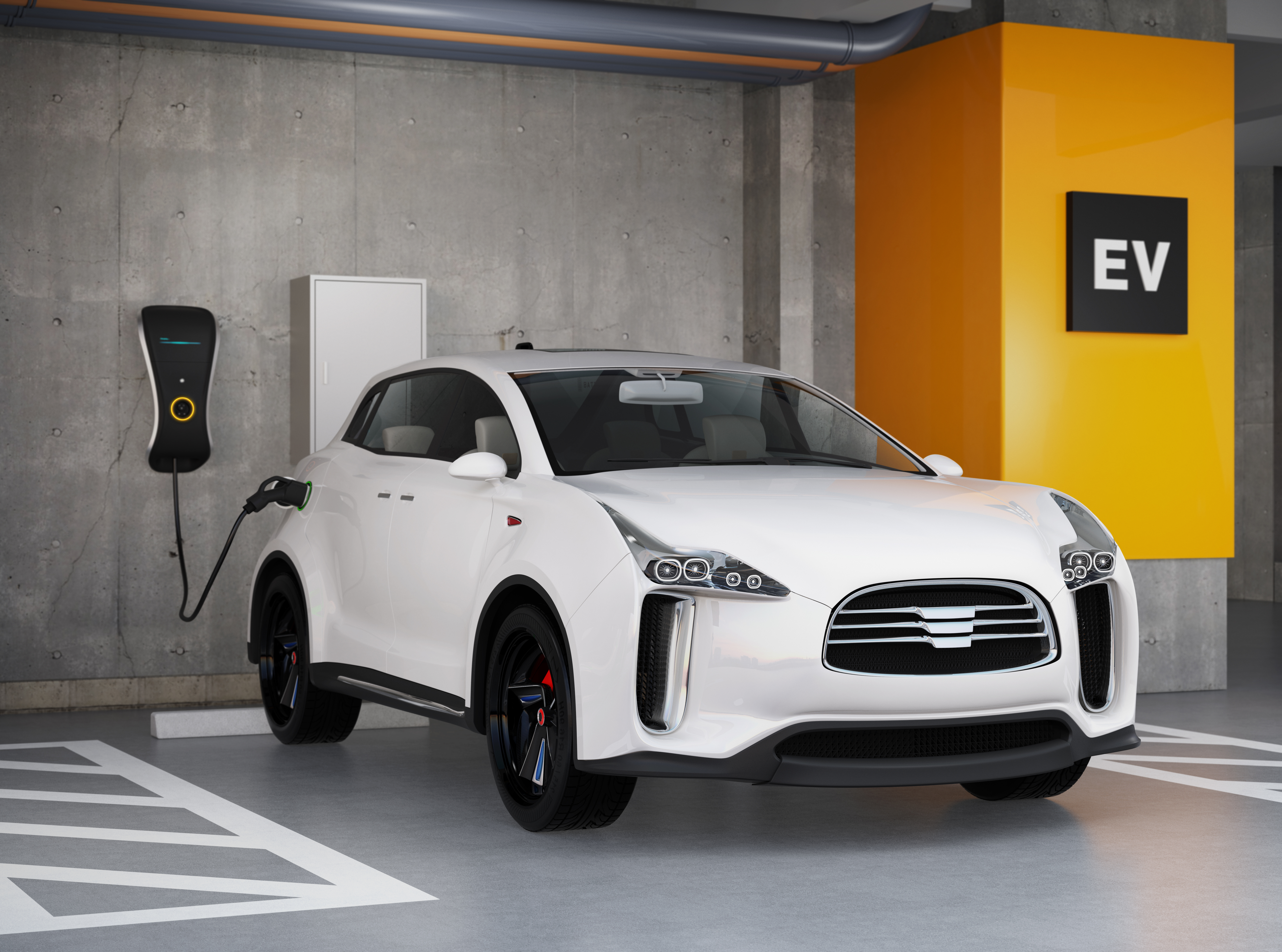