Owning an advanced, futuristic car sounds like an unachievable dream to many. Right now, almost every automobile manufacturer is in a race to develop the first fully autonomous car. While automakers are chasing that dream, there are plenty of luxurious off-ramps that come with their own innovative and advanced features that cover the driver’s safety, comfort and precision courtesy of new 21st century technology.

It seems hard to believe, but the History Channel can prove it. It was only about 100 years ago when a car was the showier, but less reliable option to the horse and carriage when trying to get from Point A to Point B. At least the car didn’t stop to go to the bathroom in the middle of the road. One of the great selling points of the automobile back then was that it put the human in control–and it’s that control we’re trying to give back to the car these days. We’ve come so far!

The fully-autonomous self-driving car is still 5 to 10 years away, but some luxury car manufacturers like Tesla and Audi are already introducing souped-up cruise control options that start the evolution to hands-free driving. Audi’s Adaptive Cruise Control, for instance, can slow down or speed up depending on conditions and come to a full stop before resuming its previous speed. Tesla’s own vehicles allow drivers to take their hands off the wheel and relax for a few minutes on the open road with a feature called Autopilot.

Many luxury cars are moving closer to self-driving vehicles with added features; the majority of these cars now have blind spot warning, a safety feature that helps reduce crashes by improving visibility. Still other luxury models by BMW and Mercedes Benz offer add-ons like automatic braking, which stops a driver from causing an accident in seconds. This technology is gradually becoming more common and affordable.

As technology continues to advance and car companies hurry to bring even more comfort to the driver, more and more features are added to boost the luxurious feel of these fancy cars. While keyless fobs and remote starters have been on the marketplace for years, Jaguar is taking this feature to new heights. The company recently introduced the “Activity Key,” a wristband that Jaguar claims can be used in any environment and still unlock and start the car from a distance.

Increasingly adjustable and customizable seats have become a luxury car standard, but companies like BMW are adding comforts like the “Gentleman Function”–a setting that allows the driver to adjust the passenger seat to the perfect setting for his other half. Mercedes Benz takes things a step further by adding scent; the driver can pump scents of his or her choice into the vehicle for a sweet smelling ride.

Down the road, literally

It’s not quite the tractor trailer convoys of the 1970s, but Cadillac is bringing what it’s calling vehicle-to-vehicle (V2V) communication to its sports sedans in 2107, allowing them to share road information via wifi technology. Drivers will be alerted to accidents, changing weather conditions, constructions, and other things too far down the road to see. This new technology is so innovative and helpful for drivers that the Department of Transportation is already considering making V2V communication mandatory for all vehicles in the years ahead–meaning luxury vehicles are once again setting the standard of what drivers need and want on the road.

We’ve reached a point that, whether you’re looking for safety, convenience, or that little extra bling, luxury automobile manufacturers have you covered. It’s just a matter of what you want and how much cash you’re willing to drop for the luxury. Remember, some features that were once considered incredibly luxurious are now the new standard–so it’s only a matter of time before this combined technology and innovation reaches all drivers. 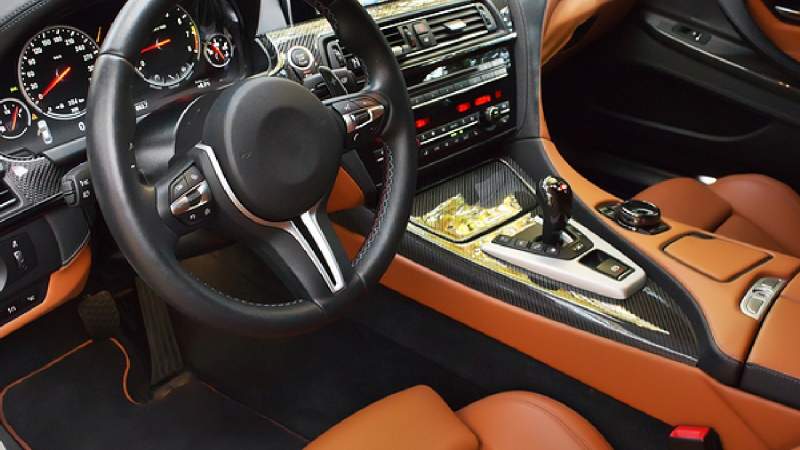