Subaru is known for its rugged SUVs and other larger vehicles, but that’s not all the automobile maker has in its lineup. Subaru’s 2017 models include a number of well-known award-winning names alongside a few newcomers. Which 2017 Subaru is right for you? It depends on your needs, of course, but if you’re in the market for a new vehicle, you might want to take a look at one or two of these models. They’re the top five Subarus of the year.

The Subaru Forester provides a lot of space and many great features for a price that’s quite affordable. In fact, it’s one of the most affordable vehicles in its class, but that doesn’t mean it’s lacking in anything. It features a large cargo space, roomy seating for five, and has a high safety rating. For those features alone it’s a great choice for families. The safety features for the 2017 Forester include adaptive headlights and an update to the EyeSight safety suite. If you’re looking for a compact SUV, the Forester is a nice choice—competitors offer less for much more money.

The Outback offers a large amount of cargo space—in fact, it’s been ranked as being the best in-class as far as cargo capacity goes. It also has roomy seating for up to five people, even in the back seat. Handling, even on wet and slippery roads, is also not a problem. With a new Touring trim option and the same upgrades to the EyeSight system that the Forester enjoys, the Outback is another good family vehicle. In fact, it’s even rated higher for safety than the Forester and was named the Best Family Car by Kelley Blue Book.

If you’re looking for a smaller car, you might want to check out the Impreza. This little Subaru has been named the 2017 top safety pick by the Insurance Institute for Highway Safety due to its high scores in crash protection and prevention. The Impreza comes in both a wagon and sedan version, and both are equally impressive. The 2017 models have a more aggressive exterior that many people like better than the old look, plus it features an updated engine that provides more power.

Subaru’s 2017 Crosstrek also comes with a strong safety rating. This subcompact SUV has an all-wheel drive and delivers in a number of areas, including fuel economy, cargo space, roomy seats, and handling. While Subaru may have discontinued its hybrid option for the Crosstrek, it’s still a great model that provides everything you could want. At about $21,695, it’s priced right, too.

Finally, there’s the Subaru Legacy, one of the brand’s midsize cars. While all of the vehicles on this list are highly rated for safety, the Legacy blows them all away. US News and World Report gave it a perfect 10 in the category, making it the absolute best in safety. The car also features a large interior that looks great, plus all-wheel drive and good fuel economy, both in the city (34 mpg) and on the highway (25 mpg). The all-wheel drive comes standard on the Legacy, while its competitors only offer it as an upgrade. The price tag is also very competitive with other vehicles in the class.

While these five Subarus are making waves with their added features, affordability, and capabilities, you’ll want to try them out for yourself. Check out these vehicles, along with all of the others that Subaru has to offer, and find the car that best fits your lifestyle. From spacious SUVs to city-suited crossovers to rugged sedans, there’s sure to be something you love at Subaru. 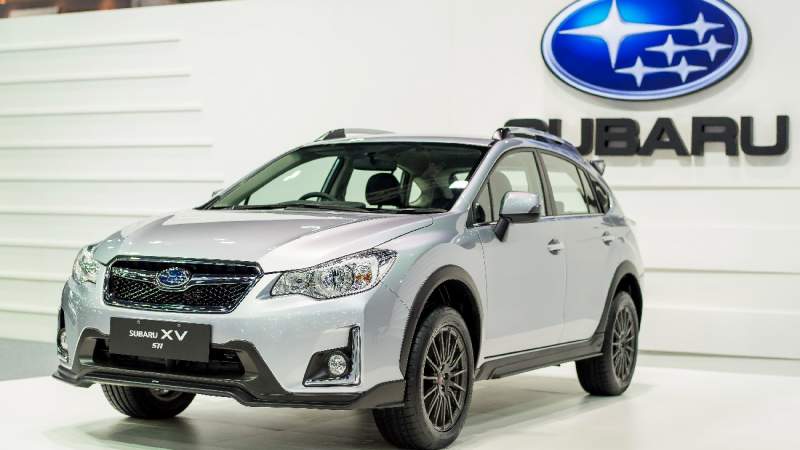